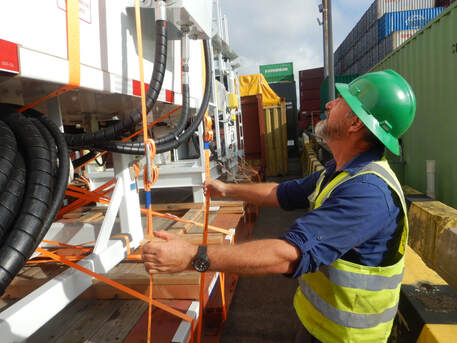 ​Brett Shepherd
(Director / Senior Surveyor)
Before becoming at partner at Gibson Minto & Aiton in 2001, Brett's career started as a cadet in 1980 being promoted as a junior officer on various ASP ships. From 1992 to 1996 he was alternating between Chief Officer and Master with ASP and subsequently moved to Swire Pacific in the offshore industry.
​This experience led to an extended period as Master with Waratah Towage engaged in harbour operations. Brett continues today as one of our three full time surveyors/directors carrying out surveys of all types of shipping vessels and cargo related matters.

Scott Aiton
​(Director / Senior Surveyor) ​
Scott started his seagoing career in 1989 beginning as a cadet with BHP Transport later serving as third, second and mate on various BHP transport vessels and tugs before sailing as Master with Hunter Towage Services operating in the port of Newcastle. In 1997 to 2001 he moved to Adelaide Steamship where he was employed as a Master operating tugs with Wallace Tugs in Port Kembla, Waratah Towage in Sydney / Port Botany and Newcastle Towage in the port of Newcastle. ​In 2001 Scott became partner at Gibson Minto & Aiton where he continues today as a surveyor/director undertaking all types of surveys relating to vessel and cargo matters. 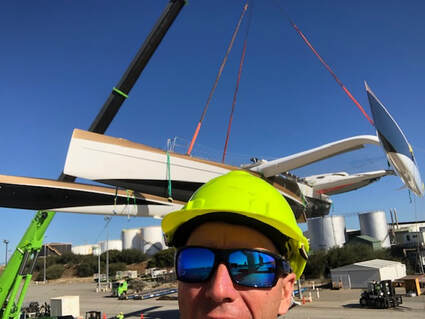 ​Joel Maybury
​(Director / Surveyor)
​​With over 25 years experience in vessel cargo operations, Joel has worked with the major Australian Stevedore companies in management / operations along with being a qualified crane operator, dogman, forklift operator and extensively proficient in heavy lift and specialised lifting operation. Joining Gibson Minto & Aiton Pty Ltd in 2016 and obtaining his accreditation as a Marine Surveyor, Joel recently became a partner in 2018. His vast knowledge of cargo operations has become beneficial to the business and customers to assist with their survey requirements. ​Joel continues to operate with a high level of professionalism and attention to detail and aims to provide a great service experience to customers.
David Read
(Surveyor)
Before commencing work at Gibson Minto & Aiton Pty Ltd in 1976, David started his career at Sea as a Deck Cadet in 1963 on tankers and general cargo / passenger vessels.  Between 1968 - 1973 he worked as a Chief Officer and Master on bulk carriers before becoming a Operations Manager for Southern Shipping Lines which he was responsible for stevedoring of a fleet of vessels on international trade.​ Whilst no longer full time in the office David provides a base of experience unparalleled in the industry.​